A real life story about Karl's experience of psychosis and how the support from his mental health team helped Karl on the road to recovery. 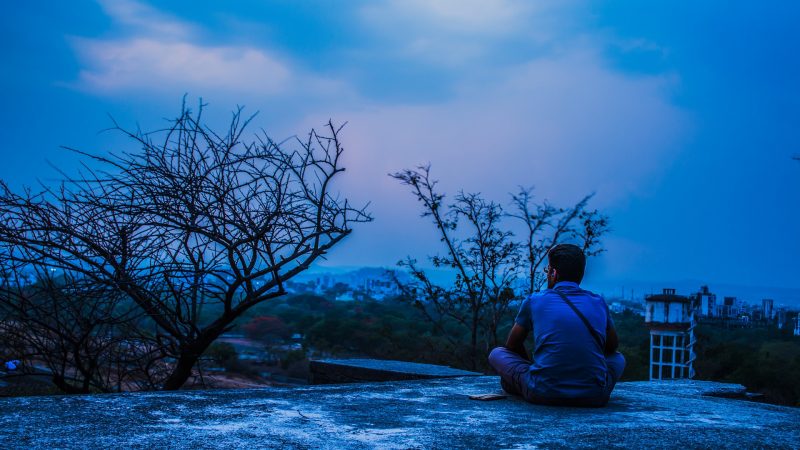 In 2006 I had my first psychotic episode and was admitted to hospital; in 2009 I was once again admitted to hospital and this time diagnosed with Bipolar Disorder.  Both instances I was prescribed medication and given a care plan to aid my recovery.

Before that first psychotic episode in 2006 I was an average teenager, but sadly had some bad experiences which led to me being hospitalised.  I reconnected with an old friend who introduced me to a bad crowd, and through their influence and an unsettled home life, I fell into a downward spiral and began to take drugs.  I feel the drugs helped me to cope with and block out life.  Due to my friendship with this old friend, I ended up being beaten up very badly which knocked my confidence and self-esteem.   My outlook on life wasn’t great.

Over the next few years I ended up moving to a different area with my Dad and I joined the army in an attempt to create routine and stability in my life, however this was incredibly stressful and led to the first signs of deterioration in my mental health.  I was discharged from the army under the doctor’s orders and sent home to live with my Mam.  Around this time I attended a festival where I began to take drugs again – this was when my first psychotic episode occurred in 2006.

After being sent to hospital, I was given medication to take and a care plan which helped me to focus on my recovery and getting better; my depression was the worst it has ever been and I struggled to see a way out.  I was under the care of the mental health team who, over time, encouraged me to leave the house, improved my outlook of life and aided recovery.

Over time, as my mental health improved due to the help of the mental health team, we jointly decided that my medication should be reduced and eventually stopped.  During this time I found a work placement and I met family for the first time, including my biological father.  This same year I had an altercation with a stranger on a night out with my family, which led to me having hallucinations and hearing voices again.  I was taken to hospital where I stayed for a few days until I discharged myself and went home.  The mental health team came to see me where I was finally diagnosed with bipolar disorder in 2009.

I was once again given medication, which I still take to this day, and we devised a new care plan.  Over a period of a few years, I started volunteering, joined groups and made new friends – all of which had a huge impact on improving my mental health and rebuilding my confidence.

This website uses cookies to improve your experience while you navigate through the website. To adjust your cookie category settings via the keyboard, press 'space' on the focused category. The cookies that are categorized as necessary are stored on your browser as they are essential for the working of basic functionalities of the website. We also use third-party cookies that help us analyze and understand how you use this website. These cookies will be stored in your browser only with your consent. You also have the option to opt-out of these cookies. But opting out of some of these cookies may affect your browsing experience.
Necessary Always Enabled
Necessary cookies are absolutely essential for the website to function properly. These cookies ensure basic functionalities and security features of the website, anonymously.
Functional
Functional cookies help to perform certain functionalities like sharing the content of the website on social media platforms, collect feedbacks, and other third-party features.
Performance
Performance cookies are used to understand and analyze the key performance indexes of the website which helps in delivering a better user experience for the visitors.
Analytics
Analytical cookies are used to understand how visitors interact with the website. These cookies help provide information on metrics the number of visitors, bounce rate, traffic source, etc.
Advertisement
Advertisement cookies are used to provide visitors with relevant ads and marketing campaigns. These cookies track visitors across websites and collect information to provide customized ads.
Others
Other uncategorized cookies are those that are being analyzed and have not been classified into a category as yet.
SAVE & ACCEPT
Powered by