How Common Is It?

Hearing a voice or sounds that other people cannot hear (voice hearing) is an experience 5% to 28% of people have at some point in their lives. Despite its frequency, there is considerable social stigma about this experience. Hearing voices does not mean that someone is unwell, psychotic, crazy or dangerous.

Why Do Some People Hear Voices?

People understand and make sense of their voices in various ways. The traditional medical explanation of voice hearing dismisses the experience as a meaningless hallucinationary symptom of life-long, incurable, severe mental illness, caused by a diseased and malfunctioning brain. However, today, a growing movement argues that voices are a “meaningful response to traumatic life events” and a “normal reaction to abnormal events”. The Hearing Voices Network describes voices as “similar to dreams, symbols of our unconscious minds”. This movement believes that what voices say and do is a meaningful reflection of an individual’s life experiences, understandable in the context of their lives. Other voice hearers may explain their experiences as religious, spiritual, or in terms of supernatural or alien powers. The nature of these explanations may be culturally specific.

I Wanted A Straight Answer!

There is no conclusive explanation of exactly what causes someone to experience voice hearing. Brain imaging has shown that when a voice hearer is hearing their voices, the same area is activated that responds when they actually hearing a voice out loud. A great amount of research has tried to find evidence that it is caused by specific illnesses with definite biological causes, often with a genetic basis, and which can be cured with medication. This search for evidence has been largely unsuccessful.

This failure has led to seeking other explanations for the experience of voice hearing. A lot of research in the field of psychology has pointed towards a causal relationship in terms of a natural response to traumatic events.  Voice hearing is often understood as a dissociative experience. This means the individual experiences detachment from their immediate surroundings and physical and emotional experiences, and is generally understood to be a survival mechanism. Many, but not all, voice hearers have reported that they first started to hear voices during a difficult time in their life.  We know that when people are placed in sensory deprivation rooms anyone will eventually start to hear voices.

However, it is unlikely that there is a single cause behind the experience. Sometimes drug use is implicated, but the causal route is unclear. An individual may start to use drugs because of their voice hearing, or to try to help them cope with a difficult period in their life which they respond to by hearing voices, rather than the drug causing their voice hearing.  It is possible people vary in the degree to which they are vulnerable to experiencing voice hearing in response to an interaction between their life events and their genetic make up, but this explanation is not universally accepted.

While some voice hearers find medication helpful, others have found that being supported to come to an understanding of their voices in a way which makes sense to them is more helpful. This can lead to more effective coping strategies and change the power dynamic in the relationship they have with their voices.

But Aren’t Different Types Of Voices Associated With Different Illnesses?

This myth gets repeated a lot but actually no, not if you read the latest research. Which diagnostic label an individual will be given often varies between doctors. Many voice hearers experience being given different diagnoses according to which doctor they see. Often doctors believe different characteristics of voice hearing indicate different diagnoses, for example, whether the individual hears voices inside or outside of their head, and whether their voices talk to them or about them. A voice hearer may get a range of diagnoses, from schizophrenia to personality disorder. However, it is often argued that unlike in the rest of medicine, diagnostic labels in psychiatry fail to indicate which treatment will be effective, and say nothing useful in terms of what the individual’s long-term outcome will be in terms of their recovery.

There is currently no conclusive evidence of discreet illnesses with different biological causes and treatments. It is argued labels given by psychiatrists frequently communicate little about an individual’s personal experiences. Research shows that what diagnostic label someone has been given by psychiatry says nothing about their voices, and what type of voices someone hears says nothing about what diagnostic label they will have been given.

Whether It’s My Traumatic Past, Spiritual or a Mental Health Condition I’m Struggling With Them Right Now, What Helps?

Frequently, when a voice hearer first enters mental health services, the first thing they are offered is medication, usually antipsychotics. For some people medication helps reduce the frequency of their voices or quieten them down making them more manageable. Others find they tranquillise them into caring less about hearing voices, or help with sleep and anxiety. However, some individuals find the medication does not help at all or even makes their voices worse. All medications have side effects, and some people may feel that the side effects they get from medication are worse than the experience of hearing voices they are intended to treat. It is good practice that the individual concerned should be given control of decisions around their medication and always be given high quality information about the benefits and risks of proposed medications in order to make their own informed choices. Some people believe this to be a human rights issue.

Many voice hearers (but not all) find different support groups, psychological interventions or therapy helpful. Hearing Voices Groups are safe spaces where voice hearers can come together and talk about their experiences. This sort of peer support often means sharing difficulties with people who understand them; learning coping strategies such as distraction and soothing techniques; learning to negotiate with their voices; making friends; and reducing the social isolation people often experience as a result of the stigma of illness.

Other interventions may also help. Many mental health professionals are trained to teach voice hearers strategies drawn from mindfulness and cognitive behavioural therapy which aim to increase the voice hearer’s capacity to cope with their experiences. More formal psychological therapy may help people understand why they hear voices, and help them to change the relationship they have with their voices in a way which gives them more control over their experiences, promoting feelings of empowerment and self-efficacy. 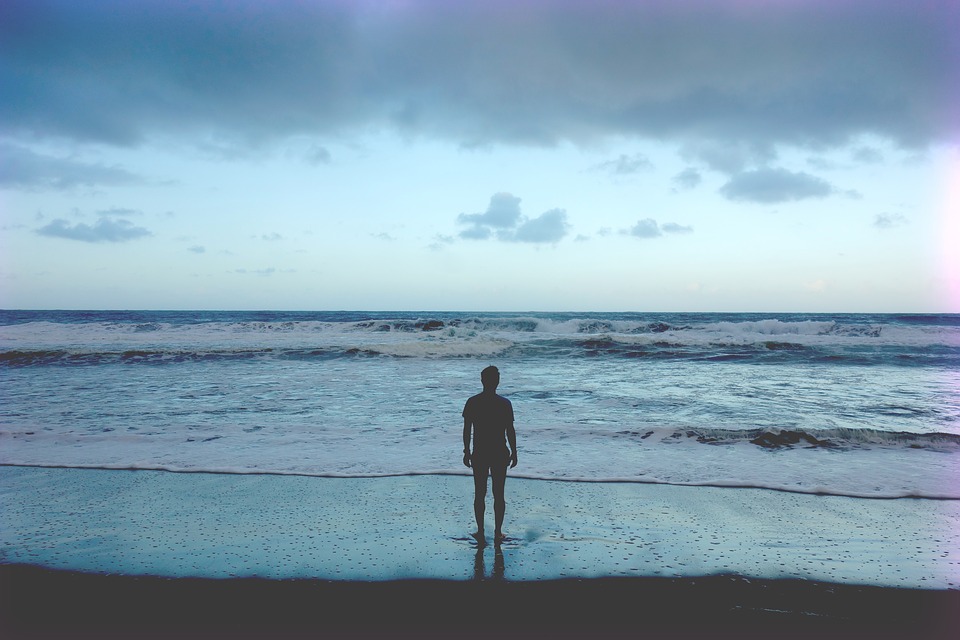 I first started to hear voices the night after a highly traumatic bereavement. The first voice I heard was sympathetic and comforting. However, this was soon replaced by an angry, aggressive and threatening voice, who told me he was Satan. I was petrified. At first I put it down to the shock of bereavement, and hoped it would go away. At that time I was studying for a degree in psychology, and the little knowledge I had about mental health at that time made me believe it was a symptom of serious mental illness. This self-stigma meant I was too terrified to tell anyone what I was experiencing or to ask for help.

Satan came and went over the months, usually being worse when I was stressed about University work. He slowly beat me down in a fog of criticism, and eventually I sought help from my GP to help with my mood. However, I didn’t have the courage to tell him what was really going on. I graduated, and soon got a job as a research assistant and the next few years went by. It was another bereavement that sent things spiraling down. I started hearing voices virtually all of the time, in addition to Satan new voices appeared. I followed their commands to self-harm and stay at home hiding in bed. I felt completely overwhelmed and out of control. This led to a series of fairly long hospital admissions, ECT, and a cycle of different medications. I felt like my life was over and I had no future outside the mental health system.

My recovery really began when I came across an advertisement for a Hearing Voices Group. I went along not knowing what to expect, but instantly felt safe and among friends. I was able to share my experiences in an open and honest way without fear of having my medication increased or being brought into hospital. I learned coping strategies from people who used them themselves, made good friends, and came to believe I could recover and have a good quality of life. This led me to ask to see a clinical psychologist for further help. My work with her over the next few years helped me to understand the aspects of my life which may have caused me to hear voices. She helped me work on the meaning behind what my voices were saying, which helped me be more compassionate in my response to Satan when he was being distressing and hard to manage. Our relationship changed to such an extent that during one therapy session he asked to be known as The Professor rather than Satan. Although I still have difficult days, I am better able to handle them than I have been in the past, and feel well and truly on my recovery journey.

We use cookies to ensure that we give you the best experience on our website. If you continue to use this site we will assume that you are happy with it.OkPrivacy policy