For years there has been debate about whether or not mental health issues are illnesses which can be clearly diagnosed according to the symptoms a person experiences. For some, labelling a person’s distress can make them feel worse, as it suggests that there is something ‘wrong’ with them that needs to be ‘cured’. On the other hand, some people welcome a diagnosis as they feel it gives them a meaningful explanation for the way they feel. A diagnosis is also sometimes needed for accessing certain welfare benefits or therapies.

There are many people who reject the idea of ‘mental illness’ altogether, on the grounds that there is no scientific way to identify it in a similar way to a physical condition (e.g. a broken leg is clearly identified as a broken leg by an x-ray). A famous experiment was carried out in the early 1970’s where eight researchers, none of whom had any mental health issues, tried to gain admission to a number of psychiatric hospitals in the USA.  The only symptom they reported to psychiatrists was hearing voices. Seven of the researchers were diagnosed as schizophrenic and admitted to hospital.  Once in the hospital they stopped reporting that they were hearing voices. They then told staff that they hadn’t really had any symptoms and that they were fine, and yet it was almost three weeks before they were discharged, and most kept their diagnosis of schizophrenia, albeit ‘in remission’. The researchers concluded that anyone could ‘fool’ psychiatrists into giving them a diagnosis, proving that diagnosis was unscientific.

Most importantly, people are individuals when it comes to their feelings about diagnosis. The key is that people are listened to, believed and given the opportunity to explore what will help them most. 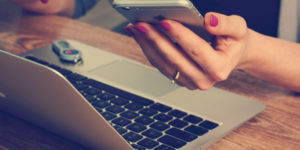 In recent years there has been a plethora of literature that documents the links between trauma and psychosis. This body of research, alongside the innovative work of the Hearing Voices movement has acted as a powerful weapon in the challenge of whether or not Schizophrenia exists as a concept.

A population in mental health that seem a little way behind those who have or have had unusual experiences are those subject to a personality disorder label. There is a part of me can understand why.

When I was given this label, my life was chaotic and I was desperate and reaching out for help. I wanted a framework through which to understand my distress, I wanted to feel connected to something, and to feel less like my life was spiralling off into outer space. I was alone and scared and I needed answers. I needed help. I needed my pain validating.

To be given a label provided some short term relief. I could look it up online and see that others too suffered in a similar way, it wasn’t just me. It felt like I was being taken seriously, that someone was recognising my distress by giving it a name. I thought if the professionals knew what was wrong, they knew what would help and they knew how to help me get better. This relief was very short lived. How wrong was I!

Firstly and perhaps most outrageously, the label suggests fault with the person, the problem and the blame lies with the disordered individual. This is completely invalidating and fails to recognise or acknowledge just what that individual has been through and survived. The traumatic experiences that I had endured were not taken into account as I was told I had an illness, something fundamentally wrong with my personality. BPD was flippantly likened to diabetes but as I tried to come to terms with my broken heart and fractured sense of self, I failed to make the link. In Victorian times, female victims of abuse would act in a way that wasn’t socially acceptable so were seen as mad and diagnosed with hysteria. Surely BPD is just our modern day equivalent. When you look at how many people with the label are women and how many have suffered abuse, the validity of the diagnosis has to be questioned. Have we really made no progress in 100 years?

When I think back to my hope that having a diagnosis would help my recovery, it seems laughable now. If I had any idea how much stigma and discrimination was associated with BPD, any idea of the negative impact of the diagnosis I wouldn’t have let it anywhere near my records. It is just three words but three words that can ruin a life. I have been judged and seen through the lens of BPD not just in services but in wider society too; my dentist, my boss, my son’s school teacher, my midwife, my social worker, my family, my husband. The look of horror, of fear, of pity haunts me now. Knowing that I will never been seen the same way, never seen again for the person I am, for what I am good at and for the things I love, but just for this awful three words, this awful label.

The worst stigma is perhaps within services. To be in the depths of despair, deeply suicidal, alone and afraid on a psychiatric ward and hear the phrase, ‘she is just another pd,’ ‘she is just attention seeking,’ ‘she has pd, she is manipulative,’ ‘she is difficult to treat’ etc etc is just crushing. It is these times in which I felt sub-human, a lesser person. It’s these times in my life which will take more effort to recover from than anything else.

Clinicians can often lose sight of the person and just see the label. They can fail to recognise the survivor of trauma, the person who is hurting more deeply than they can comprehend and just see ‘another pd,’ who they seem to have nothing but contempt for.

So the label can invalidate the survivor and subject them to a world of stigma but there must be some benefits in terms of treatment and recovery? Not in my experience. I have been made to feel like it is hopeless, that I will never recover, that I am too difficult and complex to treat. The endless trial of drugs didn’t help, the short term therapies made few inroads and the long list of crisis admissions caused more harm than good. The evidence base suggests very limited options and for me, this meant being stuck in services limping from one crisis to another. With 256 different ways of presenting and still receiving this label, it’s clear why there is no one size fits all treatment. It’s also clear to me that BPD simply doesn’t exist and in any other scientific community, 256 different ways of being all being lumped into and treated as one group just wouldn’t fly.

Of course as human beings we all can experience distress at some time in our lives. We can all experience difficulties in how we relate to others and to ourselves. We can all experience extreme emotions. If pushed hard enough, and put through enough difficulties, I believe anyone could meet the criteria for BPD. And of course there is no blood test, no brain scan for BPD, nothing objective, nothing other than a person’s judgement.

So if the diagnosis is so subjective and the outcome is stigma, discrimination, poor treatment and damage to recovery, why are we still using this diagnosis??? Surely people should be supported through their distress with love and compassion without being further harmed by a label.